How Made in the USA is making a comeback 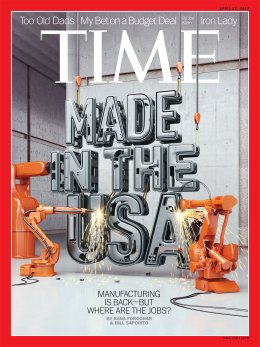 The U.S. economy continues to struggle, and the weak March jobs report — just 88,000 positions were added — briefly spooked the market. But step back and you’ll see a bright spot, perhaps the best economic news the U.S. has witnessed since the rise of Silicon Valley: Made in the USA is making a comeback. Climbing out of the recession, the U.S. has seen its manufacturing growth outpace that of other advanced nations, with some 500,000 jobs created in the past three years. It marks the first time in more than a decade that the number of factory jobs has gone up instead of down. From ExOne’s 3-D manufacturing plant near Pittsburgh to Dow Chemical’s expanding ethylene and propylene production in Louisiana and Texas, which could create 35,000 jobs, American workers are busy making things that customers around the world want to buy — and defying the narrative of the nation’s supposedly inevitable manufacturing decline.

The past several months alone have seen some surprising reversals. Apple, famous for the city-size factories in China that produce its gadgets, decided to assemble one of its Mac computer lines in the U.S. Walmart, which pioneered global sourcing to find the lowest-priced goods for customers, said it would pump up spending with American suppliers by $50 billion over the next decade — and save money by doing so. And Airbus will build JetBlue’s new jets in Alabama.

Some economists argue that the gains are a natural part of the business cycle, rather than a sustainable recovery in the sector. But I would argue that the improvements of the last three years aren’t a blip. They are the sum of a powerful equation refiguring the global economy. U.S. factories increasingly have access to cheap energy thanks to oil and gas from the shale boom. For companies outside the U.S., it’s the opposite: high global oil prices translate into costlier fuel for ships and planes — which means some labor savings from low-cost plants in China evaporate when the goods are shipped thousands of miles. And about those low-cost plants: workers from China to India are demanding and getting bigger paychecks, while U.S. companies have won massive concessions from unions over the past decade. Suddenly the math on outsourcing doesn’t look quite as attractive. Paul Ashworth, the North America economist for research firm Capital Economics, is willing to go a step further. “The offshoring boom,” Ashworth wrote in a recent report, “does appear to have largely run its course.”

Today’s U.S. factories aren’t the noisy places where your grandfather knocked in four bolts a minute for eight hours a day. Dungarees and lunch pails are out; computer skills and specialized training are in, since the new made-in-America economics is centered largely on cutting-edge technologies. The trick for U.S. companies is to develop new manufacturing techniques ahead of global competitors and then use them to produce goods more efficiently on superautomated factory floors. These factories of the future have more machines and fewer workers — and those workers must be able to master the machines. Many new manufacturing jobs require at least a two-year tech degree to complement artisan skills such as welding or milling. The bar will only get higher: Some experts believe it won’t be too long before employers will expect a four-year degree — a job qualification that will eventually be required in many other places around the world too.

Understanding this new look is critical if the U.S. wants to nurture manufacturing and grow jobs. There are implications for educators (who must ensure that future workers have the right skills) as well as policy-makers (who may have to set new educational standards). “Manufacturing is coming back, but it’s evolving into a very different type of animal than the one most people recognize today,” says James Manyika, a director at McKinsey Global Institute who specializes in global high tech. “We’re going to see new jobs, but nowhere near the number some people expect, especially in the short term.”

Still, if the U.S. can get this right, though, the payoff will be tremendous. Manufacturing represents a whopping 67% of private-sector R&D spending as well as 30% of the country’s productivity growth. Every $1 of manufacturing activity returns $1.48 to the economy. “The ability to make things is fundamental to the ability to innovate things over the long term,” says Willy Shih, a Harvard Business School professor and co-author of Producing Prosperity: Why America Needs a Manufacturing Renaissance. “When you give up making products, you lose a lot of the added value.” In other words, what you make makes you. For more on the rebound in manufacturing and what it means for jobs and economic growth in the US, check out the April 14th issue of TIME magazine cover story, “Made In America.” 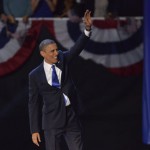 Last night, working families across the country celebrated the re-election of President Barack Obama and Vice President Joe Biden—and breathed a sigh of relief that our country will move forward on the path of sanity and shared prosperity. Nothing about the last four years has been easy, from the Great Recession to Hurricane Sandy, from unrelenting partisan obstruction by Republicans to the greatest onslaught of negative ads ever unleashed against an American president.

Throughout the tumult, President Obama and Vice President Biden have been steadfast allies of working men and women and the values we cherish, focused on repairing the economy, rebuilding the ladder to the middle class and investing in our shared future. That’s why workers and their unions made a historic effort on their behalf, bringing home the vote for the president from Nevada to Ohio, from Wisconsin to Pennsylvania.

With “Osama dead and GM alive” and the economy beginning to pick up steam, we are ready to work together with the president and all willing parties to win greater equality and economic opportunity for all—starting with ending the Bush tax cuts for the rich and opposing any cuts to Social Security, Medicare or Medicaid benefits. 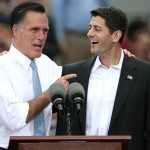 Mitt Romney and Paul Ryan made it clear last week that they believe that they can lie their way into the White House. During their GOP convention speeches, Romney and Ryan lied repeatedly and deceived the public proudly. They were blatant lies, easily debunked by the news media.

But Ryan and Romney have made it clear that they don’t care. They knew that journalist would point out the lies in their speeches. The media has been reporting on it all week. Even Fox News called Ryan’s speech “deceiving.” It seems clear that they’ve made an unprecedented political calculation: that it won’t matter if the news media points out their lies and deceptions because many voters no longer pay attention to the news.

It wasn’t that long ago when politicians were afraid of being caught in a lie. They knew that if they lied, the journalist would point it out and voters wouldn’t vote for them. It was a simple system: Get caught in a lie and lose the election. But Romney and Ryan believe this system is no longer operative.

Romney and Ryan have obviously concluded that there is no political penalty for lying anymore, because the news media has become irrelevant. In fact, Romney pollster Neil Newhouse recently boasted “We’re not going to let our campaign be dictated by fact checkers.”

Indeed Ryan and Romney have launched a new political strategy for winning the White House that reflects their belief that facts are irrelevant. Their plan is to lie, lie, lie and then lie some more. They tell lies in televised speeches, and then reinforce them over and over again in a barrage of TV ads. They’re betting that voters are more likely to pay attention to political ads during their favorite primetime TV shows—from American Idol to Dancing with the Stars—than to news reports.

And their strategy might just work—thanks to the decline of the news media over the past two decades, the reluctance by mainstream news reporters to call a lie a lie. And don’t forget the Supreme Court’s decision in Citizens United and the rise of so-called dark money political groups.

Romney and Ryan also are positioned perfectly for this new strategy—they’re swimming in political campaign cash and they’re backed by deep-pocketed Super PACS and dark money groups funded by big corporations. As a result, they’ll be able to flood the nation’s airwaves with lies and deceptions—as they are already doing in swing states. They’re betting that many American voters will only hear their lies, and for these voters, the lies with be the truth.

If we are to stop Romney and Ryan, we must get out the TRUTH! We must educate our members and the electorate as to the true facts, and point out the lies spewed forth by Romney and Ryan. We have to join with the AFL-CIO and other worker friendly organizations to convince the American voters not to elect the liars to the most powerful office in the world.